Thoughtful and important. More and more relevant as we move toward an uncertain ecological future.

If you an an environmentalist hipster, or leftover 70's hippie who is used to ideas presented out of context and content jumbled around like it was written on little pieces of paper and then randomly picked from a magicians hat, then you will likely enjoy this read. Worthy to note about this "book", is that The timeline jumps around more than a crackhead who has just inhaled, and the chapter about Alaska is a complete waste of time not even worth skimming unless you are battling a bout of insomnia.
For the rest of us normal, content driven and chronologically appreciating readers, this "book" will reveal itself as the preachy, boring, heavy, and poorly organized histo-factual from the leftover unorganized jumble of an old mans notes and memoirs, long after his useful purpose in life has been served. This book draws from parts of his career working in government forest preservation, and incorporates several loosely related facts at his attempt to demonize any who would attempt to cultivate wild land for use. In his arguments, he slams Christianity and organized religion multiple times while idolizing environmental fanatics like John Muir.
The whole novel is written from the perspective of a crazy communist environmentalist, and if you do not believe me, I urge you to buy a copy and read Nash's insane dream on 100 mile square islands in his epilogue.
If you wish to buy the book, I would beg you to realize that the man is completely insane, as his idea of setting up super populated "Islands" of human beings and preserving the rest of America would have us militarily crippled, bombed and blasted into extinction by our political enemies faster than you can say "Heil Hitler!.
Instead of suffering through this preachy mess and allowing Nash the chance to brainwash you, go buy a copy of Penn and Teller's B.S., episode 13 aptly entitled environmental hysteria. In that episode, Penn and Teller have environmental fanatics sign a petition to outlaw H2O - that's right, fanatics sign a petition to make water illegal.
The point here- Nash's book is hogwash, and every opinion it contains is debatable and comes from the perspective of an opinionated and uninformed ecologist at the end of his career. 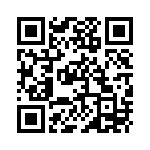