Mike Resnick is a prolific science fiction novelist, a distinguished SF anthologist, and the author of tales about the galaxy’s deadliest assassin, its finest brothel, its most powerful telepath, and ... Vollständige Rezension lesen

Mike Resnick is the author of more than 40 science fiction novels, a dozen collections, over 150 short stories, and a pair of screenplays, He has also edited more than 30 anthologies. He was won 4 Hugos, and been nominated for 24 of them (second-highest total of any writer in history). He's also a Nebula winner, and has won major awards for his science fiction in America, France, Japan, Poland, Croatia and Spain. His work has been translated into 22 languages. Mike is a very popular speaker and sought-after Guest of Honor and Toastmaster on the science fiction convention circuit, and he has also written and/or edited three non-fiction books for hopeful science fiction writers. 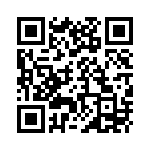