Roy F. Baumeister directs the social psychology program at Florida State University. He has written for more than 450 scientific publications and consistently ranks among the world's most frequently cited psychologists. This is his twenty-eighth book.
John Tierney writes the "Findings" science column for the New York Times. His writing has won awards from the American Association for the Advancement of Science and the American Institute of Physics. This is his third book. 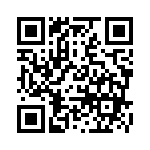