Darker and weightier than many stories about rivals falling in love, Devore’s second novel draws a blurry line between honest emotions and calculated moves. Although they are both top students at ... Read full review

Laurie Devore was born and raised in small town South Carolina and graduated from Clemson University. She now lives and works in Chicago, where she misses the charms and contradictions of the south every day. In her spare time, she reluctantly runs marathons, watches too much TV, and works a "y’all" into every conversation. She is the author of the young adult novels How to Break a Boy and Winner Take All. 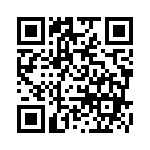