Business advise. When he talked about being open with employees about the company situation, I thought of my experience where 2/3 of our work was moved out of state and management told us there would be no cuts - didn't believe it and turned out not to be true. Read full review

I'm a big fan of Jack Welch's leadership and writings. I'm not sure most people have the charisma to actually pull off what he did. But, this book is full of good advice that you should reference as you move through your career. Read full review

Jack Welch is the Executive Chairman of the Jack Welch Management Institute, an online MBA school with more than 1,000 students. Prior to this, for 20 years, he was Chairman and CEO of General Electric Company, which was named the world's most valuable corporation and was consistently voted the most admired company in the world by Fortune magazine. Welch is active in private equity and consulting, working with dozens of businesses in a wide variety of industries. Along with speaking to upwards of a million people around the world, CNBC named Jack Welch one of the Top 10 "Rebels, Icons and Leaders" of the past 25 years. 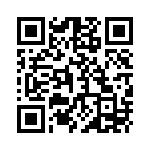