Dr. Tim Baker is a thought leader, international consultant, and successful author. Tim voted one of the 50 Most Talented Global Training & Development Leaders by the World HRD Congress. He is author of eight books and an expert as helping leaders build high performance teams. 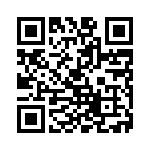