I’ve just finished reading a phenomenal book called “Winning the Story Wars" by Jonah Sachs. It’s a handbook about the most powerful shaping forces of our world: our myths. And we’ve hit a myth gap ... Read full review

This book had much promise, and did partially deliver on the promise. There were some very good points about the art of story telling, and myth, and I think that Jonah started well. I like the concept ... Read full review

About the Author: Jonah Sachs.
As the cofounder and CEO of Free Range Studios, Sachs has helped hundreds of major brands and causes break through the media noise with unforgettable campaigns. His work on renowned viral videos including The Meatrix and The Story of Stuff have brought key social issues to the attention of more than sixty-five million people online. A constant innovator, his studio’s websites and stories have taken top honors three times at the South by Southwest Interactive Festival. Sachs’s work and opinions have been featured in a variety of media, including the New York Times, NPR, and Fast Company magazine, which named him one of its fifty most influential social innovators.

About the Illustrator: Drew Beam
Drew Beam is the Innovation Director at Free Range Studios, where he helps clients see the future and leap into it. After earning his BFA at Rhode Island School of Design (RISD), Beam built a successful career creating visuals and innovation strategies for dozens of Fortune 500 companies. His illustrations have been published by Time Warner Books, Penguin Books, and Rolling Stone magazine, to name just a few. 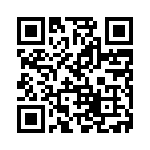