Coco has been fascinated by magic since she was a little girl and bought a picture book about magic - but witches are born, not made, and unfortunately, Coco was not born with the gift for magic. She ... Read full review

This was very cute. I'd almost prefer to see it as an animated movie so I could really see the movement of the magic. It'd be lovely in color too. I at least plan to read the next two volumes. Read full review

Kamome Shirahama is best known in the United States for her comics cover art at DC and Marvel, including such titles as Star Wars- Doctor Aphra and Batgirl and the Birds of Prey. Witch Hat Atelier is her first manga to be released in English. 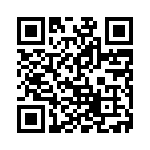