Parts of this book were brilliant. Other parts dragged a bit. I still really liked it but felt the book soared when it focused on Lom and sometimes derailed when it dealt with the mystical. Still I loved the meshing of genres and look forward to see where he goes next. Read full review

Ultimately disappointing. Begins in a pseudo soviet world relatively well constructed. But soon meanders into fantasyland with filmic coincidental plot incidents to hurry along the tale. Some good, imaginative writing but too many corners cut along the way. Read full review

Peter Higgins read English at Oxford and was Junior Research Fellow at Wolfson College before joining the Civil Service. He began writing fantasy and SF stories in 2006 and his work has appeared in Fantasy: Best of the Year 2007 and Best New Fantasy 2. He has been published by Asimov's Science Fiction, Fantasy Magazine and Zahir. His short story "Listening for Submarines" was translated and published by the St. Petersburg-based literary magazine Esli. He is married with three children and lives in South Wales. 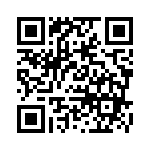