Anson Shupe is a professor of soicioly at Indiana University-Purdue University. He is the author of more thatn 20 books, including numerous books on religion. 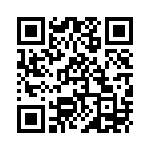