Lillian Comas-Díaz is the Executive Director of the Transcultural Mental Health Institute, a Clinical Professor at the George Washington University Department of Psychiatry and Behavioral Sciences, and a private practitioner in Washington, D.C. The former director of the American Psychological Association's Office of Ethnic Minority Affairs, Dr. Comas-Díaz was also the director of the Yale University Department of Psychiatry Hispanic Clinic. She is the senior editor of two textbooks, Clinical Guidelines in Cross Cultural Mental Health, and Women of Color: Integrating Ethnic and Gender Identities in Psychotherapy. Additionally, she is the Founding Editor in Chief of the American Psychological Association Division 45 official journal, Cultural Diversity and Ethnic Minority Psychology. She is a member of numerous editorial boards, and currently serves as an Associate Editor of the American Psychologist. 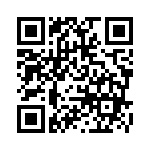