An interesting, seminal book about, plus lots of summaries of, women's fiction from the mid-nineteenth century. I'm looking forward to reading a little more deeply in this area. Read full review

Nina Baym was born Nina Zippin in Princeton, New Jersey on June 14, 1936. She received a bachelor's degree from Cornell University, a master's degree from Radcliffe College, and a Ph.D. from Harvard University. She joined the faculty of the University of Illinois-Champaign in 1963 and taught English there until her retirement in 2004. She wrote several books including Shape of Hawthorne's Career; The Scarlet Letter: A Reading; Woman's Fiction: A Guide to Novels by and About Women in America, 1820-1870; Women Writers of the American West, 1832-1927; and Feminism and American Literary History. She also served as general editor of several editions of The Norton Anthology of American Literature. She died from complications of dementia on June 15, 2018 at the age of 82. 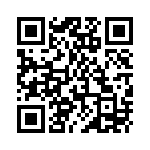