Evangelia Tastsoglou is an Associate Professor of Sociology in the Department of Sociology and Criminology, Saint Mary's University, Canada. Her research and teaching are focused on gender and international migration; immigrant women in Canada; diasporas; multiculturalism; and migration and development. She is the leader of the 'Gender, Migration and Diversity / Immigrant Women' research domain of the Atlantic Metropolis Centre of Excellence. She is currently the principal investigator in a three-year project on 'Security and Immigration, Changes and Challenges: Immigrant and Ethnic Minorities in Atlantic Canada Presumed Guilty?' Alexandra Dobrowolsky is an Associate Professor in the Department of Political Science at Saint Mary's University, Canada. She has published in areas that include: constitutional and social policy; women and politics; political parties and social movements; as well as on citizenship and democracy more broadly. She is currently working on two research projects, one dealing with security, immigration and citizenship, and the other on social cohesion and changing citizenship regimes. 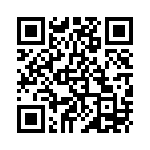