United Nations Educational, Scientific and Cultural Organization, 1946 UNESCO was created in 1946 to promote world peace by focusing on the areas of culture and communication, education, natural sciences, and social and human sciences. This is an agency of the United Nations and works closely with them and other intergovernmental organizations. They focus their activities towards three groups: women, African countries, and underdeveloped countries. Their programs include achieving education for everyone, establishing peace through education, promoting a free flow of information between countries, protecting natural and cultural heritage, and supporting the expression of cultural identities. UNESCO has representatives from 181 member states that are the decision making body of the General Conference. The Executive Board has representatives from 51 member states and meets twice and year. In between the sessions of the Executive Board, the General Conference supervises the execution of their 2-year programs. The programs are executed the Secretariat, which is headed by the Director General. The Director General is appointed for a six-year term.

Mary-Louise Kearney is a Vice President of the Society for Research into Higher Education and editor of Special Issues editions of the SRHE Journal . 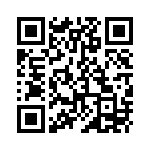