Guida M. Jackson is a lecturer in the English Foundations Department at the University of Houston, Houston, TX and managing editor of Touchstone Literary Journal. 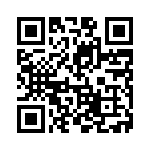