Johanna Brenner, Coordinator of Women's Studies at Portland State University in Portland, Oregon, has written for New Left Review, Gender & Society, and other major periodicals, and is a longtime activist for reproductive rights, welfare rights, and socialism. 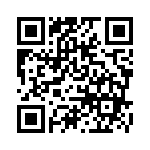