Robin Palmer grew up in Massachusetts and New Jersey. She graduated from Boston University, and moved to Hollywood. She began as an assistant in the television literary department of the William Morris Agency. In 2001 she began writing and she currently resides in New York City.

AN ANSOMS is Professor in Development Studies at the UniversitéCatholique de Louvain (Belgium). 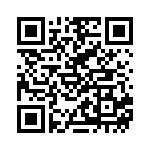