This is a book primarily about the abundance of life in that had been preserved in fossils in the Burgess shale. Gould writes about the people who spent hour after painstaking hour examining the ... Read full review

Immensely detailed story of the re-evaluation of the invertebrate pre-Cambrian fossils of the Burgess Shale. Originally assumed to be precursors of modern phyla they were eventually recognized as ... Read full review

Stephen Jay Gould (1941-2002) was the Alexander Agassiz Professor of Zoology and Professor of Geology at Harvard University. He published over twenty books, received the National Book and National Book Critics Circle Awards, and a MacArthur Fellowship. 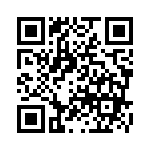