Woodrow Wilson: essential writings and speeches of the scholar-president

Woodrow Wilson, as noted here by editor DiNunzio (history, Providence Coll.;American Democracy and the Authoritarian Tradition of the West ), is the only professional scholar to have reached the White ... Vollständige Rezension lesen

Mario R. DiNunzio is professor of history at Providence College. He is the author of Theodore Roosevelt and American Democracy and the Authoritarian Tradition of the West. 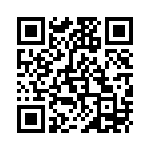