K. Satchidanandan, perhaps the most widely translated and anthologized of contemporary Indian poets, has published twenty-three collections of poetry in Malayalam, which have been translated into nineteen Indian and international languages. He has also published several books of plays, criticism, translations of world poetry, travelogues and five books in English on Indian literature. His books in English translation include While I Write: New and Selected Poems (2011), Misplaced Objects and Other Poems (2014) and The Missing Rib (2016). Satchidanandan has won thirty-two literary awards and fellowships. He was bestowed with Knighthood of the Order of Merit of the Italian Republic and was on Ladbrokes’ list of Nobel probables in 2011. Please visit his website, www.satchidanandan.com, for more information. 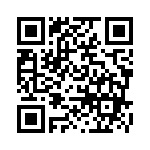