Anna Lawton is a specialist in Russian literature and film. Professor Lawton teaches courses in visual culture and film studies at Georgetown University. Her publications include Vadim Shershenevich: From Futurism to Imaginism (1981); The Red Screen: Politics, Society, Art in Soviet Cinema, ed. (1992); Before the Fall: Soviet Cinema in the Gorbachev Years (2004); and Imaging Russia 2000: Film and Facts (2004).

Herbet Eagle is an Associate Professor of Slavic Languages and Literatures at the University of Michigan. His publications include articles in Wide Angle, Film Quarterly, Film Studies Annual, Cross Currents, Dispositio, Semiotica, and Slavic and East European Journal. Book chapters have appeared in several anthologies. Eagle is also the editor of the volume Russian Formalist Film Theory (1981). 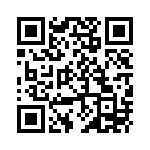