Karola Fings is a historian and has participated in organizing the City of Cologne's visitor's program for former forced laborers since its inception in 1989. 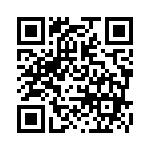