In this coprehensive resource on World War I, upper secondary students will find a wealth of information on this conflict in the form of alphabetical entires, introductory essays on the origins of the ... Read full review

Priscilla Mary Roberts, PhD, is an associate professor of history and Honorary Director of the Centre of American Studies at the University of Hong Kong. She spent 2003 as a visiting Fulbright scholar at the Institute for European, Russian, and Eurasian Studies at The George Washington University, Washington, D.C. She was the assistant editor of ABC-CLIO's Encyclopedia of the Korean War. 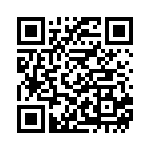