Yawn. Another vanity book published at a vanity press with two "authors" who released it just about the time of our exit from Afghanistan.
The authors might just as well be trying to frag their honorably struggling fellows.

Daniel Gade was born and raised in Minot, North Dakota. He enlisted in the Army in 1992 and deployed to Operation Iraqi Freedom as a company commander in August 2004. He was wounded by enemy fire twice and decorated for valor; the second wounding resulted in the amputation of his entire right leg.After retiring from the Army as a Lieutenant Colonel in 2017, he accepted a political appointment as a Senior Advisor at the US Department of Labor's Veterans Employment and Training Service (VETS). In 2019, he ran unsuccessfully for United States Senate in Virginia, but garnered more votes than any Republican candidate in Virginia history. Daniel's military awards and decorations include the Legion of Merit, Bronze Star, two Purple Hearts, the Combat Action Badge, Ranger Tab, Presidential Service Badge, and both Airborne and Air Assault wings. He and his family reside in Mount Vernon, Virginia.

Daniel Huang is a freelance journalist based in Washington, D.C. A graduate of New York University, he previously worked as a staff reporter for The Wall Street Journal, where he covered finance and veterans issues. Since 2016, Dan has lived and reported from across Asia, the Middle East, and the United States. He has primarily covered international affairs, ranging from the elections in Afghanistan to Chinese history and politics. His writing has been published in Foreign Affairs, Guernica, Pacific Standard, and The New Republic.Wounding Warriors expands upon a series of articles Daniel wrote from 2014 to 2016 on fraud and abuses at the U.S. Department of Veterans Affairs. His coverage culminated in a front-page exposé detailing how the dramatic rise in disability claims has overwhelmed important assessment and control tools at the V.A. Dan's work on the myriad dysfunctions within the veterans disability systems for both The Wall Street Journal and on this book has incorporated wide-ranging firsthand testimonies and research from 60-plus sources, spanning current and former V.A. staffers, policymakers, academics, and crucially, veterans themselves. 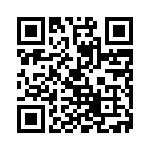