Writer and journalist William Wong has been regional commentator for The News Hour with Jim Lehrer and a columnist for the San Francisco Examiner, Oakland Tribune, and Asian Week, among other publications. 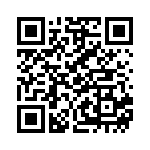