In this bedtime mantra, a little girl tells the "yellow moon, apple moon" it's time to sleep before acknowledging the familiar things around her. She points out her house, her swing and her tree where ... Read full review

Can someone please tell me who wrote this English translation
("At the Gate of Heaven") for the Spanish lullaby "A la puerta del cielo" ?

Pamela Porter was born in Albuquerque, New Mexico, and she lived in New Mexico, Texas, Louisiana, Washington and Montana before emigrating to Canada with her husband, the fourth generation of a farm family in southeastern Saskatchewan, the backdrop for much of Pamela's work. She is the author of three collections of poetry, and her poems have appeared in numerous journals across Canada and the US as well as being featured on Garrison Keillor's The Writer's Almanac. She is also the author of a number of children's books, includingSky and Yellow Moon,Apple Moon(illustrated by Matt James).

Pamela lives near Sidney, B.C., with her husband, children and a menagerie of rescued horses, dogs and cats.

Matt James is a noted painter, illustrator and musician. His first book,Yellow Moon, Apple Moonby Pamela Porter, was a Governor General's Award finalist for illustration. He lives in Toronto. 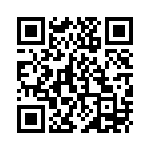