It's rare that a feminist book not only confirms what I believe, not only gives me new insight into what I do believe, but gives me entirely new ideas to think about. For me the essay on body ... Read full review

I enjoyed Yes Means Yes! very much, at first, but the longer I read it, the less engaged I became. The book has a great message and the essays are engaging, but they all boil down to roughly the same ... Read full review

Jessica Valenti is the author of multiple books on feminism, politics and culture. She is also the founder of Feministing.com, which Columbia Journalism Review called "head and shoulders above almost any writing on women's issues in mainstream media."

Her writing has appeared in publications like The New York Times, The Washington Post, The Nation, and Ms. magazine. She is currently a columnist at the Guardian US. Jessica lives in Brooklyn with her husband and daughter.

Jaclyn Friedman's work has redefined the concept of "healthy sexuality" and popularized the "yes means yes" standard of sexual consent that is quickly becoming law on many U.S. campuses. She is a popular speaker, opinion writer and author of What You Really Really Want and Unscrewed.

She is also founder and the former Executive Director of Women, Action & the Media, where she led the successful #FBrape campaign to apply Facebook's hate-speech ban to content that promotes gender-based violence. She hosts Unscrewed, a podcast exploring paths to sexual liberation, named a Best Sex Podcast by both Marie Claire and Esquire. 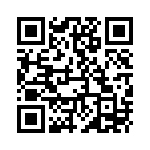