Review: You Are the Message

Great inspiring book and also very practical! I would recommend it to anyone. Read full review

Review: You Are the Message

Ailes is as good a writer as he is a media consultant. The book comes off as a self-help book for those who wish to project a positive image in their professional careers. Read with Carnegie. Read full review

Roger Ailes founded Fox News in 1996, and was the CEO of Fox News for twenty years. An Emmy Award-winner, he was a partner in and executive producer of "Rush Limbaugh: The Television Show." Ailes' many other acclaimed productions include The All-Star Salute to Our Troops following the Gulf War, and Television and the Presidency. A political media adviser in three winning presidential campaigns, he also founded Ailes Communications of New York, consultants to corporations and entertainment companies.

Jon Kraushar was the president and chief operating officer of Ailes Communications of New York. He is a former award-winning newspaper journalist and television news writer and producer. 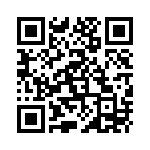