Dr. Edward A. Sayre is an associate professor of Economics and Chair of the Department of Political Science, International Development, and International Affairs at the University of Southern Mississippi (USM). Dr. Sayre's research focuses on the economics of the Palestinian-Israeli conflict, labor market institutions, and Middle East labor markets. Before starting his current position at USM, Sayre was a visiting research associate at the Palestine Economic Policy Research Institute (MAS) in Jerusalem and taught at Kenyon College and Agnes Scott College. Since 1999 Dr. Sayre has served on the Board of Directors the Middle East Economic Association.

Dr. Tarik M, Yousef is Senior Fellow at Brookings who served between 2011 and 2015 as Chief Executive Officer at Silatech, a regional organization promoting youth employment in the Arab world. Prior to that he served as Sheikh Al-Sabah Professor of Arab Studies in the School of Foreign Service at Georgetown University and Founding Dean of the Dubai School of Government. He is at present a member of the Boards of Directors of the Arab Banking Corporation and the Central Bank of Libya. 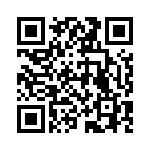