No other number can do so much damage, so says Charles Seife. He tells you this as he is explaining the Golden Ratio, how Winston Churchill is equal to a vegetable, and how you can make your very own ... Read full review

This book was entrancing from start to finish, filled with fascinating information on mathematics and history. Seife follows the progression of the idea of zero through human history, and he weaves ... Read full review

Charles Seife is the author of five previous books, including Proofiness and Virtual Unreality. He has written for a wide variety of publications, including The New York Times, Wired, New Scientist, Science, Scientific American, and The Economist. He is a professor of journalism at New York University and lives in New York City. 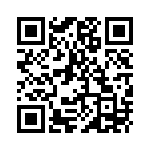