Laurence J. Brahm, CEO of Naga Group, is a political economist and lawyer by profession. He resides in Beijing where he has served as investment strategist for Fortune 500 multinational s in China spanning two decades, making him a hands-on witness to China's reforms. His independent views on China's economy are sought by both the international business community and within China's own government circles.
His work as a government strategist for a number of transitional economies in Asia during the 1990s included advising on financial and enterprise reforms for the Lao, Vietnamese and Chinese administrations.
He is the author of over twenty books on China including: China's Century: The Awakening of the Next Economic Powerhouse, China as No.1 and Red Capital. His unique viewpoint has challenged conventional ideas and offered new perspectives for evaluating and interpreting China's economic development and social transformation. He is frequently interviewed by international media concerning current issues relating to China's economy, financial reforms and business trends. 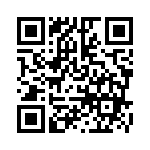