John L. Moore is a rancher and writer in Montana who has published extensively as a novelist and journalist. His first novel, The Breaking of Ezra Riley, won the Critics' Choice Award for Fiction from Christianity Today and was first runnerup for a Golden Spur Award. Moore has been published in The New York Times Magazine and scores of other publications. His work is noted for the poetic quality of his prose and its western authenticity. Literary master Larry Woiwode has called him on of the country's under-appreciated writers. 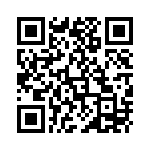