Tina Murray is the acclaimed author of a captivating series of glitzy, suspense-filled romance novels, the Heston Demming series. Murray’s steamy, yet spiritual saga chronicles the life and loves of handsome movie-superstar, Heston Demming. In Murray’s stories, the sexy actor struggles to tame his passions and torments. While he copes with fame and fortune, he searches for his lost soul, amid the hidden ruins of a secret past. Although he travels the world, Heston's home base is upscale Naples, Florida, where author Murray has lived, intermittently, since her teen years, and knows well. An actress and artist, she also lived in New York and Los Angeles. Returning to college as an adult, she earned both her bachelor’s degree and master’s degree from the University of Miami. After a tour in real estate, she returned to graduate school. She now holds a doctorate in art education from The Florida State University. Her hobbies include genealogy and songwriting.

She belongs to the Romance Writers of America and the Florida Writers Association. Currently, she resides in Nashville. 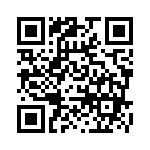