Never a dull moment and can not wait to get back to it with Donovan and Eleri. Hope I can get book 2 soon. Lots of twists and a very fast paced book which I love. Read full review

A New Must-Read Series
Sometimes you meet new characters and they won't leave you long after the book has ended. It's a good thing this is book one in what I hope is a long series. Eleri and Donovan are an unlikely pair but they play well against each other and fill in each other's gaps. There are so many hints at what is to come. I'm usually not a procedural reader, but the supernatural twist makes this a must-read series for me. 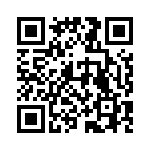