D.E. Paulk is the senior pastor of Spirit and Truth Sanctuary in Atlanta, GA, where he successfully transitioned a traditional Pentecostal Christian church into a thriving, diverse, interfaith, LGBTQ+ affirming congregation.

D.E. is widely known as radically inclusive, believes the Christ Spirit has always been present in all of creation, and cannot be defined by, nor confined to, Christianity.

“D.E.'s preaching is as easy-going as the church's approach to differences. No wagging fingers or thunderous revelations. He treats parishioners as fellow companions on a spiritual journey. He sprinkles his conversational sermons with references to everyone from the Buddha to Teddy Pendergrass.” (John Blake , CNN Enterprise writer/producer)

“Descended from generations of Southern preachers, Donnie Earl is now a preacher himself, though a different breed” (Katherine Marsh, Rolling Stone Magazine, from the article Son of a Preacher Man).

In 2008, D.E. was inducted into the Dr. Martin Luther King, Jr. International Board of Preachers at Morehouse College. In 2010, he served as a board member of the Southern Christian Leadership Conference (S.C.L.C., the historic Civil Rights organization founded by Dr. Martin Luther King. Jr.), and has also served as a Dekalb County Police Chaplain.

D.E. not only serves as the senior pastor of Spirit and Truth Sanctuary, he is also the founder of the Pro-Love organization, which is an inclusive initiative purposed to bring people of all faiths, sexual identities and cultural backgrounds together. Pro-Love marches have united Christian, Muslim, Jew, Black, White, Gay, Straight and Atheist on common ground for common cause. D. E. believes this is a continuation of Dr. Martin Luther King, Jr.’s dream and a model of the “Beloved Community.”

D.E. has authored eight books, including The Holy Bible of Inclusion; I Don’t Know…The Way of Knowing; and the newly released Fully Awake.

D. E.’s family founded Spirit and Truth Sanctuary (formerly Chapel Hill Harvester Church) in 1960. For over 60 years, Spirit and Truth has been a ministry of “Whosoever Will” and has become increasingly more inclusive and pluralistic throughout its existence.

D.E. makes his home in suburban Atlanta with his wife Brandi, and their two children, Esther and Micah. 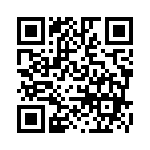