Arthur Belefant is the author of several books and numerous magazine articles. He started his writing career in high school by writing all but one article in his yearbook.

Except for one published short story, all his writing is non-fiction. He was first published in the Asahi Evening News of Tokyo, Japan where he wrote a regular column, “The Gourmet’s Guide” as a restaurant reviewer and food commentator for American expatriates in Japan.

He continued “The Gourmet’s Guide” column when he moved back to the U.S. in the Melbourne, Florida publication SCAM. For over ten years he covered such diverse subjects as food, Frankenstein, toilets, language, and politics.

He has also been published in several national magazines on technical and travel themes.

Belefant personally visited every location mentioned in the novel Frankenstein by Mary Shelley as part of his exhaustive research for this book. 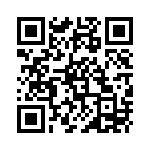