Hazrat Mirza Bashir Ahmad (1893-1963) was born to the Promised Messiah(as), founder of the Ahmadiyya Muslim Community. He was a great religious scholar, a prolific writer, and his books, articles, and speeches are easily comprehensible to an average reader. Apart from his books, he contributed many articles, the number of which runs into hundreds, to the community dailies and periodicals, especially Al-Fazl. 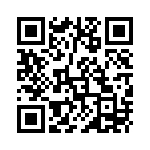