Mafi El grew up exposed to Christian and Islamic ideologies: his parents were separated, so when with his mom he went to church; while with his Dad he was exposed to the Nation of Islam. This dual perspective allowed Mafi to analyze religion from a unique perspective.   As a youth, Mafi came across the documentary Out of Darkness where it was explained that not only is the so-called "black man" aboriginal and indigenous to the Americas, but that he traveled to what we know as Africa at a later time. Upon further investigation Mafi learned that the Olmec built the pyramids in America, which are older than the pyramids in so called Africa. At this point, there was no looking back - Mafi realized that "black" people are being played.   As Mafi kept investigating this path, he came across the works of Prophet Noble Drew Ali. What was revealed to Mafi at this time was that Fard Muhammad and Elijah Muhammad were both members of the Moorish Science Temple, with Fard Muhammad serving as a Sheik in a Detroit Temple. After Drew Ali's assassination, Fard and Elijah Muhammad broke off from the Temple and stopped talking about Nationality and Birthrights as it pertains to Moors on their ancestral estate (the Americas). They began portraying / betraying Moors as the Asiatic "Black Man," took down the Moorish Science Temple sign, and put up the Nation of Islam sign. These pivotal events shaped Mafi's reality and led to him to where he is today. 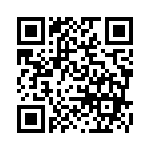