A life-long adventurer and explorer, Houston Hare has never stopped dreaming. As a child, he wrote music and poetry, often depicting his journeys into the endless outdoors. As an adult, he hitchhiked across the United States to explore people and the country in which he resides. He has volunteered at farms and in several Central American countries. Through his exploration of the world around him, he found hope. Even though there are horrible tragedies all around us, there is still good.

Now Houston has taken on his next adventure: writing a book that encapsulates the world he knows. His first work, Sprig, is an ongoing web serial brought to print with all of Houston's unique perspectives and creativity put into words. 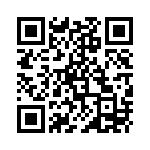