James Hewison is an author of fiction for children and young adults. He was born in Darwin, on the north coast of Australia, and grew up enjoying activities of increasing danger..

When he wasn't on an adventure of his own, he loved reading and writing about people who were.

He developed a fascination for the way people deal with danger. Some people will pay any price for their passions. They wilfully approach unthinkable threats while others flee. He loved the reactions and interactions between differently-driven characters and the relationships and tensions that form. How exciting it is to read a story of a relatable character who will take a path that you, the reader, might never contemplate. These were the stories James wanted to create.

It was his daughter who pressed the red button on his creativity when she asked him to write her a story. He sat down with an idea for a twist on the classic fairy tale, Jack and the Beanstalk. He thought five pages ought to be enough, but ideas wouldn’t stop popping into his head. When the overgrown beanstalk of plot lines was whittled down to its most compact and entertaining form, the resulting story emerged in the form of James's first novel, Behind the Twisted Fence. His second novel, Shadow Creepers, came the following year, setting up a pattern that would set James's mind to writing and publishing at least one great book per year.

If you like page-turning stories with strong characters and satisfying endings, find out what James is working on right now at jameshewison.com. 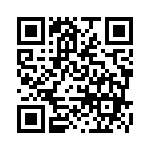