Eric Michael Craig is a Science Fiction author living in the Manzano Mountains of New Mexico. It has been said that Eric writes "intelligent science fiction" where the characters and story come first, and a believable science foundation provides the backdrop to the action. Before he retired from the corporate world, Eric was the Director of Research for a private consulting laboratory where he learned how to explain science in ways that could be understood even by those who weren't technically oriented.

When not writing, Eric plays guitar and bass and occasionally dabbles in art of various forms.

He also owns way too many dogs, and as a result, is often involved in heroic battles with mountains of dog hair. 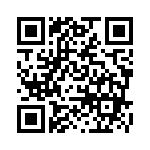