Elise Sax writes hilarious happy endings. She worked as a journalist, mostly in Paris, France for many years but always wanted to write fiction. Finally, she decided to go for her dream and write a novel. She was thrilled when An Affair to Dismember, the first in the Matchmaker Mysteries series, was sold at auction.

Elise is an overwhelmed single mother of two boys in Southern California. She's an avid traveler, a swing dancer, an occasional piano player, and an online shopping junkie.

Send her an email: elisesax@gmail.com

And sign up for her newsletter to know about new releases and sales: elisesax.com/mailing-list.php 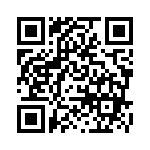