Detached by Elicia Hyder
Saphera Nyx series book 1. Urban fantasy. Female lead. Quasi cliffhanger.
Nyx is a cop in Sapphire Lake. When her father dies, she inherits his ability to detach from the body while sleeping. Nyx uses the ability to investigate a murder, a fire and drug running all while being in spirit form. But there are life-threatening dangers involved with being detached so she must be careful to avoid the Nightwalkers.
Fantastic series start. Gripping and thrilling. I loved it from start to finish.
It reminded me a bit of the Soul Summoner series in particular with the strength of the heroine and a sacrifice made.
I particularly love humor in stories I read and this book had some great moments. Flash is a young boy caught in the spirit realm but in years he is 47. Because of the length of time he’s been away there are a lot of cultural changes that Nyx had to explain when talking to Flash. USB drives vs VHS and teaching him to fist bump were a couple that had me laughing out loud.
I also loved Nyx’s protest of the Tomb raider shirt that the men didn’t understand.
I avidly await the next book in this series.

Get a free book at www.eliciahyder.com.

Elicia Hyder is the author of Detached, The Soul Summoner series, the Journey Durant novels, and the Music City Rollers series. Elicia enjoys barefoot walks on the beach, the proper use of the semicolon, and good IPAs. She sucks at CAPTCHA puzzles and firmly believes heaven will have heavy metal music.

Find her on social media @eliciahyder and on the web: 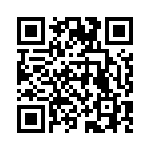