Edwina Darke is a mostly fictional person. She's also a travel junkie, a passionate foodie, and a game enthusiast. As a full time writer, she spends most of her days talking to imaginary people.

When she's not running around with her invisible friends, you can find her curled up with a good book, out for a long walk with real-life friends, or off on an adventure to some far off corner of the globe.

If you want to stay updated about future books and everything else that’s going on, check out her website www.edwinadarke.com. 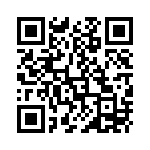