Marguerite Madden, called Markie by friends and family, was born August 19, 1975, in Midland, Texas. She grew up in the small town of Flushing, Michigan. While in high school, she took creative writing and was a photographer for the school newspaper. In 1993, she won the National Quill and Scroll Society award for best photo in a high school paper. She began writing her first novel, Once Upon a Western Way, while still attending school.

Markie is now married with two teenage daughters, three rescue dogs, and her horse, Athena, who is featured on the cover of her horse care guide, Keeping a Backyard Horse. She tried many times over the years to publish her novel, first on her own, and then hiring a literary agent, all without success. In early 2012, after getting her first smart phone and e-reader application, Nook, she discovered the world of self-publishing through a website called Smashwords. She finally published Once Upon a Western Way through this distributor in April, 2012.

In the late spring of 2013, Markie came down with a mysterious illness, which was ultimately diagnosed as leukemia (AML specifically). She underwent a rigorous treatment of chemotherapy, during which, at one point, her life was endangered. While she was hospitalized, an old high school friend who is also a published author reconnected with her. Since cancer and the treatment of cancer forced her out of the traditional workforce, Markie turned her attention back to the world of writing.

Currently, Markie lives in the small town of Fisk, Missouri, with her family, her dogs, and her horse. She is still writing and is working on a crime/paranormal series called The Undead Unit Series. Book one of the series, Fang and Claw, is expected to be available in late summer or fall of 2015. 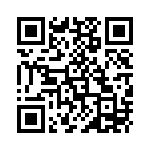