Matt Scott has a bachelor’s degree in political science and history from Hampden-Sydney College, a liberal arts institution in Virginia. He lives in Charlotte, North Carolina with his wife and dog while also continuing his career in logistics. 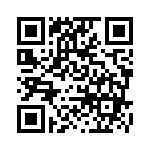