There's just something about a small town that makes relationships interesting, whether they are romances, long-running feuds, or life-long friendships. These are the relationships H.C. Bentley enjoys discovering and exploring. Well that, and the fact she just loves a good happily ever after or second chance story.

When she's not writing, H.C. works as a cataloging librarian at her county library. In her spare time, you can find her playing pool, traveling with her family, or curled up watching movies (romantic comedies are a favorite!). She's also an avid reader, leaning towards various authors of romance and chick lit, but her favorite is Nora Roberts.

A southern girl at heart, H.C. calls Kentucky her home. After opting to join the military to pay for college, she spent three years stationed in Wiesbaden, Germany before returning to her hometown in rural western Kentucky, where she and her husband live with their two daughters.

H.C. loves chatting with readers. You can contact her through the website, or any of her social media. 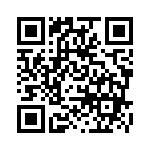