(Following is an excerpt from commemorative article in The Sunday Star, Washington, D.C., May 2 1920)

"Richard Norris Brooke is most widely known for 'The Pastoral Visit,' an ante-bellum subject. But, he himself greatly preferred his landscape paintings, and it was in producing these that he found greatest joy and satisfaction. The themes that appealed to him most were those found in the vicinity of his old home at Warrenton, Va., simple views of rolling country, lovely because of color and tonal effects.

He was one who painted for the sheer love of expression, and found endless delight in the beauty of nature. He was almost morbidly conscientious, unselfish, self-effacing, but he had a boyish love of a holiday and ability for keen enjoyment.

He was an excellent and an ardent teacher, and by his pupils at the Corcoran Gallery, and earlier at the Art Students' League, as well as in his summer classes, he was regarded as a boon companion and was much beloved. He will not only be mourned, but missed; his passing leaves a gap in the ranks which will be hard to fill." 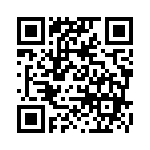