Barbara Babcock, the Judge John Crown Professor of Law, Emerita, at Stanford University, is the first woman appointed to the regular faculty at Stanford Law School. She served as an Assistant Attorney General and was the first Director of the Public Defender Service in Washington, D.C. She is the author of Woman Lawyer: The Trials of Clara Foltz. 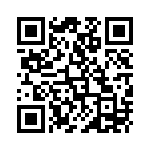