S.M.V. Mousavi Jazayeri, a known Iranian calligrapher, researcher, graphic designer, and expert of early Arabic Kufic script, was born in 1969 and holds a Bachelor of Art in Graphics. He has published extensively, including several known books, and held numerous workshops on reviving the early Kufic calligraphy style. For his accomplishments over the past two decades, he was awarded the "Excellence in Art Certificate" by the ministry of culture of Iran, an equivalent of an honorary PhD degree. His experience includes writing and interpreting calligraphic works, particularly of the ancient and traditional styles of calligraphy, as well as modern Typography. Throughout his career, his research has made him able to analyze and provide applicable review critiques on the different styles of calligraphy, with a contemporary prospective. 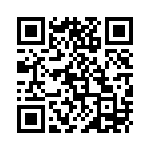